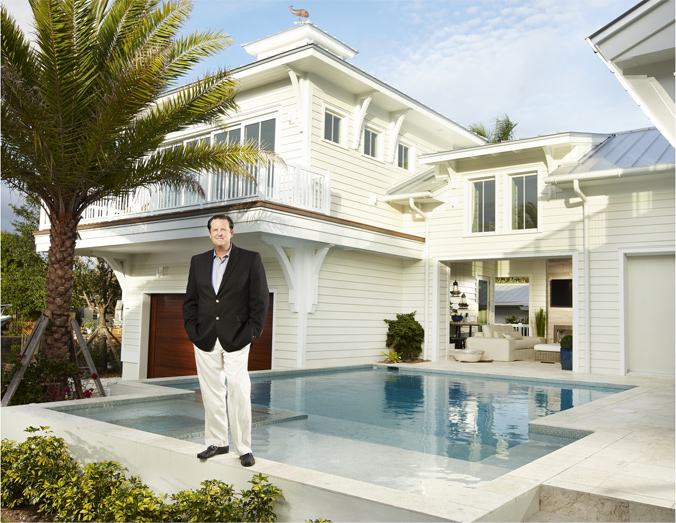 Matthew Kragh, AIA is an architect who holds licenses in Florida, Massachusetts, Illinois, North Carolina, South Carolina and Colorado. Matthew is a proven industry and community leader in his profession.  Matthew’s gift and passion for design was initially fostered by his parents and his great grandmother who paid for early childhood art lessons because she saw a talent and a drive to design.

Upon completion of high school and a childhood in the middle of Indiana, Matthew followed his passion to become an NCAA springboard and platform diver for Western Kentucky University.  It was there, while studying at WKU where Matthew learned the initial discipline of architecture and drafting.  Upon graduation, Matthew attended the school of Modern Architecture at the Illinois Institute of Technology founded by famed Architect Mies Van Der Rohe.  Upon completion of his graduate studies, Matthew enhanced his skills while working under the guidance of Helmut Jahn in Chicago where Matthew was exposed to projects throughout the world.

In 1997, Matthew relocated to Naples, Florida.  From there, Matthew became a licenses architect and worked on many iconic structures in downtown Naples.  In 2009, being a product of the recession, Matthew launched his own firm and branded MHK.

Matthew has been awarded many architectural awards including many design and honor awards from the American Institute of Architects, AIA’s Firm of the year, the AIA President’s Award, as well as the W.R. Frizell Medal of Honor which is the highest honor that can be bestowed to an architect from the American Institute of Architect’s Florida Southwest Chapter.

Matthew is married to his lovely wife Trista Sue Kragh and has two children, their son Maverick (6) and daughter Shiloh (3).  They currently reside and are headquartered out of Naples and work out of the Highlands South Carolina and Aspen offices in the summer months.

Anna Moore, AIA, LEED AP received her B.S. in Architectural Studies from the University of Illinois in Urbana-Champaign and Master of Architecture from University of Colorado-Denver. Anna found her passion for architecture while working with an architectural lighting designer in Chicago prior to pursuing her Master’s degree in Denver. Before relocating to Aspen, Anna worked in both Denver’s commercial market and for MHK’s residential team in Naples, Florida. Anna is an advocate for sustainable design and was invited to present at the Precast Concrete Institute’s National Convention in 2017.

Nathan Moore, AIA received his B.S. in Interior Design from the University of Missouri-Columbia and Master of Architecture from University of Colorado-Denver. Prior to joining MHK Aspen, Nathan played key roles on the design teams responsible for numerous commercial and multi-family projects in the Denver Metro area. While in Denver, Nathan was part of the UCD design-build team that received several design awards including an AIA Colorado Honor Award for their work on the Outward Bound Cabins in Leadville, Colorado.